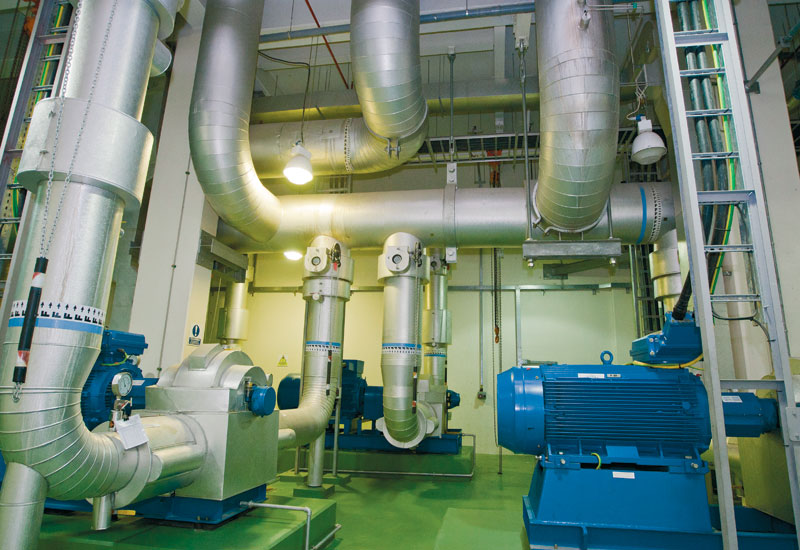 “The sector is going from strength to strength, thanks to its competitive characteristics that make it the best alternative to conventional environment-depleting district cooling,” said Ahmad Bin Shafar, Chief Executive Officer of Empower.

According to statistics, district cooling uses 40-50% less energy than traditional air conditioning systems, which can account for as much as 70% of a building's electricity bill.

Outside North America, the running total for served building space added since 2004 amounted to 1,218,325,278 sq ft., the report added report.

“The Gulf’s understanding and interest in the efficiencies of District Cooling are stronger than other regions with hot weather that require all-season chilling,” said Ahmad Bin Shafar, Chief Executive Officer of Empower.

“It is no wonder that this industry is flourishing across the Gulf bringing with it a whole package of sustainability features and cost effectiveness to providers and end-users.”

Bin Shafar said the District Cooling industry has emerged as the ideal option for air conditioning in the Middle East due to a variety of factors, such as low noise, less prone to breakdowns and minimal maintenance.

“The evidence of an upward Gulf trend toward District Cooling is a positive sign and will ensure better service to people with less harm to natural resources.

The use of less fresh water, minimized energy consumption and round the clock service make District Cooling the best of known alternatives,” added Bin Shafar.

The recent developments will further raise District Cooling's importance in the drive towards a sustainable and energy efficient future, he further said.

“The Middle East will continue to invest in this field for years to come. We are confident the region will record more impressive growth in the upcoming IDEA annual reports,” he added.