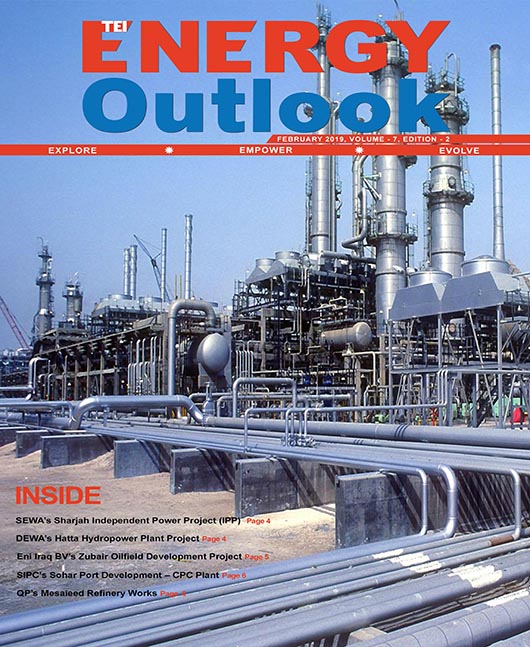 The kingdom of Saudi Arabia reveals its multi-billion dollar investment plan as part of its Vision 2030 economic transformation programme leading the way to diversify its economy away from oil.

The country seeks to attract $450 billion investment in industrial sector over the next ten years. Deals in mining, industry, logistics and energy sectors have been approved. The region’s wide-ranging economic programmes, its biggest ever renewables programme and progress on public-private partnership projects, will turn around its economy and help the industry thrive.

According to an expansionary budget for 2019, the kingdom will boost spending by about 7% in 2019.  Due to renewed fiscal stimulus and reforms supporting non-oil economy, the economic recovery should broaden this year. The growth (GDP) of 2.2% is expected in 2019.

The outlook for projects is improving in the kingdom with new multi-billion-dollar projects emerging from the planning phases. The biggest megaproject – $93 billion King Abdullah Economic City – is scheduled for commissioning in 2034.

Saudi Arabia has one of the world’s largest refining capacities, with above 5 million b/d in local and international refineries. Saudi Aramco plans to expand its refining and chemicals capacities in line with the kingdom’s national goals. It has added full-conversion refineries to meet local demand and has plans to increase its competitiveness internationally. Refinery petrochemical integration (RPI) optimizes the use of hydrocarbons and improves profitability.

Aramco, responsible for the entire hydrocarbons operations in the kingdom, plans more than $300 billion investment in the next 10 years. It will continue to invest in maintaining its oil production capacity of 12 million b/d and pursue a large exploration and production programme as well as double the kingdom’s natural gas production capacity to 23 billion scf/d.

In an energy reform push, Saudi Arabia has set an ambitious target to develop 58.7GW of renewable energy by 2030. The Renewable Energy Project Development Office (Repdo) will deliver 30% of the planned capacity.

Plans on transformations will encompass reforms in the economy, society and foreign policies of the kingdom. The continued growth is expected in this biggest Gulf economy with higher levels of foreign reserves and investment and availability of multiple financing opportunities.