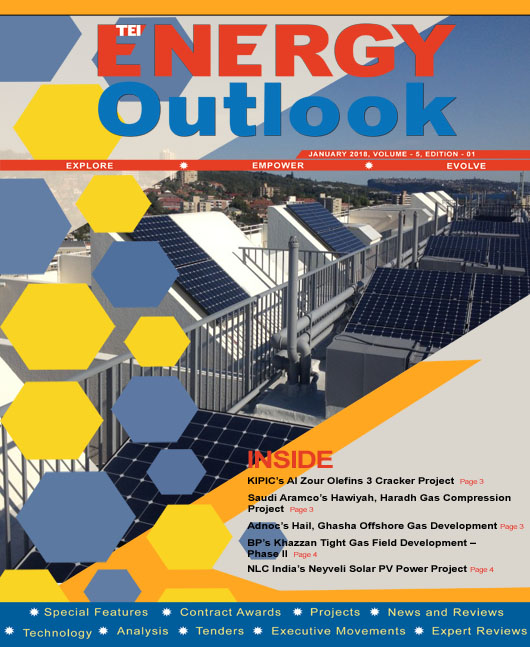 India is all set to reduce its carbon footprint and stride ahead towards a renewable energy future.

In 2016, the PV market broke all records with a whopping 50% growth. Atleast 75 GW of PV systems installed and connected globally to the grid last year. The total installed capacity at the end of 2016 globally amounted to 303 GW.

With declining prices, plans for PV development have increased rapidly all over the world. According to IEA, Asia represents around 48% of the total installed PV capacity in 2016 and India could become one of the global PV market leaders in the coming years. India is now ranked among the top 10 countries with progressive addition of around 4 GW in 2016, doubling the installation level from 2015.

The Indian Government is taking all necessary steps to boost capacity in solar segment. The 100 GW target is principally comprised of 40 GW solar rooftop and 60 GW through large and medium scale grid connected solar power projects. The Union Cabinet has approved an investment of Rs 8,100 crore for setting up atleast 50 solar parks and ultra mega solar parks across the country to double the solar power production target to 40 GW. Currently, 34 solar parks in 21 States/UTs with cumulative capacity of 20 GW are in development stages.

Solar rooftop plays a major role in solar capacity additions in India. The target is to install 40 GW of rooftop solar projects by 2022. The RECI (Renewable Energy Corporation of India), state nodal agencies and state power distribution companies are in charge of implementing this programme.

The GoI has taken an initiative to form an international alliance of 121 prospective solar-rich member countries situated between the tropics, to facilitate solar energy globally. To be headquartered in Gurgaon, International Solar Alliance (ISA) aims to develop and deploy existing solar technologies at scale, promote collaborative solar R&D and achieve universal energy access and energy security. It also seeks to mobilise more than $1 trillion of investments by 2030 for the massive deployment of affordable solar energy.

Solar power is continuing its spectacular growth trajectory in India. Ample activity is foreseen in the sector and generating 100 GW in future, now seems a well-clarified goal.