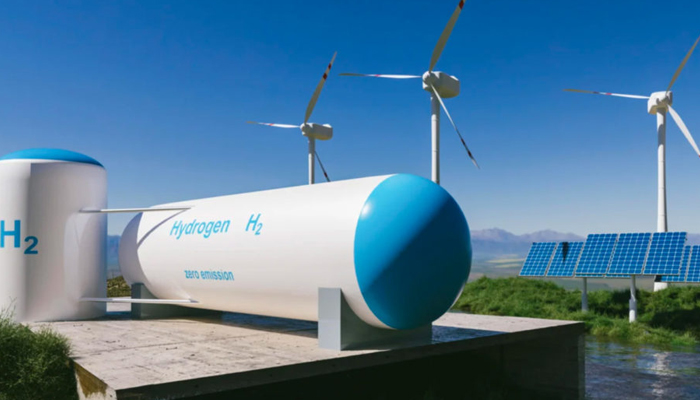 The green hydrogen projects of Abu Dhabi National Energy Company (Taqa) are moving at a steady pace and are currently in the techno-feasibility stage, said a top official.

"We are currently in the techno feasibility stage of the two green hydrogen projects [that were announced in partnership with two local entities]," said Farid Al Awlaqi, Executive Director of Generation at Taqa, one of the largest listed integrated utilities in the region.

Alawlaqi was referring to Taqa's partnership with Emirates Steel, the leading integrated steel plant in the Middle East, to develop a large-scale green hydrogen project enabling the first green steel produced in the Mena region.

The second project is a partnership with Abu Dhabi Ports to develop an industrial scale green ammonia manufacturing and export facility in Abu Dhabi.

The green hydrogen, dubbed as oil of the future, will play a significant role in the company's growing portfolio of renewables, he added.

Al Awlaqi said, "There's no specific date that I can give you right now, but we are in advanced stages already. So, hopefully, you'll be hearing something very soon." He was speaking in an interview on the sidelines of the World Utilities Congress 2022 at the Abu Dhabi National Exhibition Centre (ADNEC).

Taqa had announced that green hydrogen will form a valuable part of the company's 2030 strategy for growth, which includes growing its gross power capacity from 18 gigawatt (GW) to 30 GW in the UAE and adding up to 15 GW internationally.

This increase in capacity will focus on renewable energy – particularly solar PV – to comprise more than 30 percent of its generation portfolio by 2030, up from the current 5 percent.

Renewables are seeing an increased presence in the energy mix globally, the Taqa senior executive pointed out.

"Our portfolio of renewables is significant because we own two of the world's largest single-site photovoltaic (PV) plants in the world. The first one, Noor Abu Dhabi, is already in operation, and we're currently constructing the Al Dhafra PV plant, which will be the next world's largest PV plant," Al Awlaqi said.

Once completed, the under-construction Al Dhafra Solar PV Plant will overtake Noor Abu Dhabi to become the world's largest single-site solar PV plant. This project has already broken records with the most cost competitive tariffs for solar set at US$ 1.32 cents/kWh (AED 4.85 fils/kWh) at the time of financial close. At nearly double the size of Noor Abu Dhabi, it will provide enough power for more than 160,000 households and will have more than 4 million bifacial solar panels.

He said the World Utilities Congress 2022 was a good opportunity to meet global industry executives and experts to continue sharing ideas and progressing the business. Asked about any business deals made at the event, he said, "We already have many deals in the pipeline. Events like this help us to progress and develop those opportunities, and you will see a lot of new projects being announced by Taqa in the future."