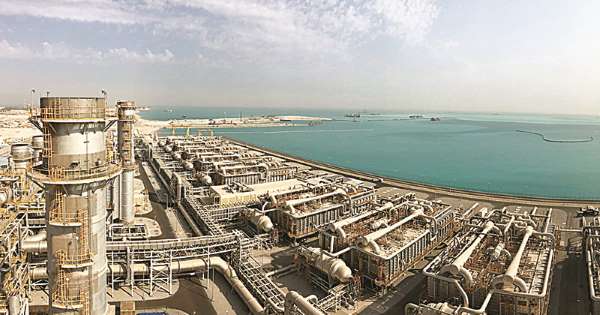 Shamal Az Zour Al Oula Power and Water Company has announced that its shareholders have approved a board proposal to distribute KD27.5 million ($89.7 million) cash dividends for 2019. Last month, the company made its debut on Boursa Kuwait’s Premier Market.

This is its first dividend issuance and relates to retained earnings and profit for the 2017-19 period, said the Kuwaiti group at its 6th Annual General Meeting.

Shamal Az Zour Al Oula Power and Water Company has announced that its shareholders have approved the board of directors’ recommendation to distribute cash dividends of 25 fils per share, totalling KD27.5 million ($89.7 million) for 2019.

This is the company’s first dividend issuance and relates to the retained earnings and profit for the period from 2017 to 2019.

Shareholders also approved the transfer of 10% to the statutory reserve in the total amount of KD1.31 million (representing KD1.23 million reflected in the financial statements in addition to an additional adjustment amount of KD81,726 relating to prior years).

At the AGM, the shareholders discussed board compensation, and approved its recommendation to not remunerate board members for the fiscal year ended on December 31, 2019. The Board of Directors was elected for a period of three additional years.

In August, Shamal Az Zour Al Oula Power and Water Company debuted on Boursa Kuwait’s Premier Market. It is the first power generation and water desalination company to list on the exchange.

The listing followed the successful distribution of 50% of the company's shares to Kuwaiti citizens in November 2019.

The remaining 50% of shares are owned by different public and private entities as follows: 40% is owned by a private investor Azour North One Holding Company, which is owned by a consortium comprising Engie, Sumitomo Corporation, and AH Al Sagar & Brothers; 5% is owned by the Kuwait Investment Authority and 5% by the Public Institution for Social Security.