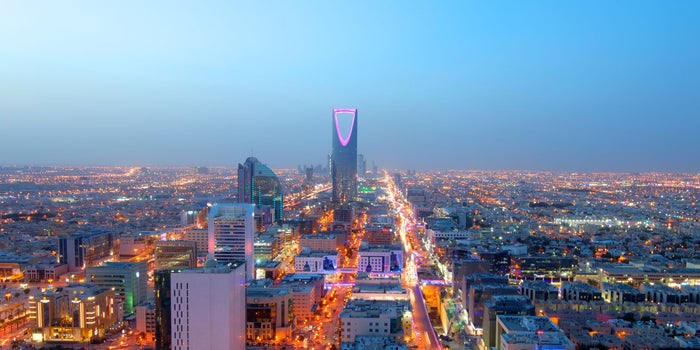 Saudi Arabia is committed to working with other nations towards achieving global economic prosperity and the G20 Presidency will consolidate the kingdom's international standing and affirm its leadership in supporting the stability of the global economy,” said Minister of Finance Mohammed Al Jadaan.

Al Jadaan was speaking at the opening of the Euromoney Saudi Arabia Conference 2019, organized by Euromoney Conferences in partnership with the Ministry of Finance under the theme ‘Growing the New Financial Ecosystem’.

In his keynote speech, Al Jadaan said the conference was taking place after three years of positive progress and demonstrated Saudi Arabia’s commitment to the international economy.

“Under Vision 2030 and the Financial Sector Development Program, Saudi Arabia is keeping pace with global developments and achieving qualitative leaps in the field of financial services, in line with business and service development. The growth of talented and active youth, as well as an increase in women’s participation in the labor market, is also important elements towards achieving our goals,” he noted.

On the kingdom’s inclusion into the Financial Action Task Force: Al Jadaan said: "Our financial sector is committed to introducing further reforms in order to expand financial services and implement legislation and measures to combat money laundering and terrorist financing."

"Our progress in these areas recently led to our inclusion in the FATF, taking place alongside 37 other countries and it was the first Arab country to achieve membership," he added.

Al Jadaan also outlined that the government spending in support of economic and social development had increased during last year: "The total expenditure growth, in both the operational and capital sectors, reached nearly 16.1% in 2018, while the increase in the first half of this year (2019) reached about 6.3%. At the same time, non-oil revenues increased during 2018 by approximately 15.2%."

"The increase continued during the first half of the year by 14.4% as a result of the economic activity improvement and continued implementation of reforms and initiatives aimed at developing revenues and diversifying their sources,” he stated.

“The budget deficit during the first half of the year amounted to SR 5.7 billion compared to a deficit amounting to SR 41.7 billion in the same period in the previous year and the real GDP growth rates in Q1 2019, which reached 1.7%, compared to 1.4% in Q1 2018," said the minister.

Non-oil sector grew by 2.1% driven by the private sector’s growth of 2.3%, compared to 1.7% in the same quarter last year, while the FDI inflows increased by 23.8% in the first quarter of the current year with increased investment opportunities for the private sector,” he added.