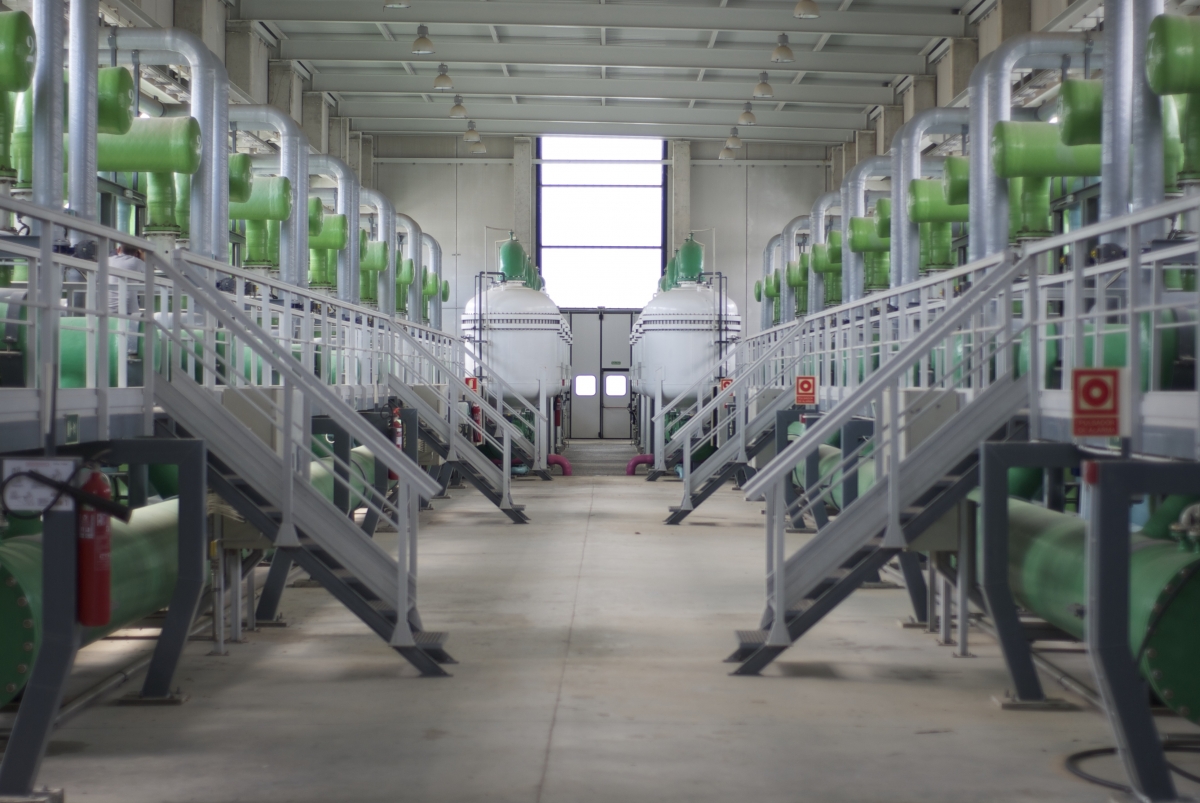 Dubai Electricity and Water Authority (Dewa) has announced that 92.4% of the work has been completed on the AED871 million ($237 million) Seawater Reverse Osmosis (SWRO) desalination plant at Jebel Ali Power Plant and Desalination Complex.

The contract for the desalinated water plant, which has a 40-million-imperial gallons of water per day (MIGD) capacity, was awarded to a consortium led by Spain’s infrastructure major Acciona Agua and Belhasa Six Construct (Besix).

According to Dewa, the project was going as per schedule and was expected to be completed in Q4.

The SWRO plant is equipped with recovery devices that has a 96 percent efficiency rate. They utilise the high pressure from the first pass brine/reject stream and transfer it to a portion of the feed water stream to first pass inlet.

This significantly reduces electricity consumption in the high pressure pump, thus enhancing efficiency of the desalination process Dewa currently has 43 MSF water desalination units with a total production capacity of 427 MIGD of water at the D-, E-, G-, K-, L, and M Stations.

According to him, the Dubai utility aims to increase its SWRO production capacity to 303 MIGD by 2030; reaching 42% instead of its current share of 13%. SWRO desalination plants require less energy than Multi-Stage Flash (MSF) plants.

The desalinated water production capacity is set to hit 730 MIGD in 2030.