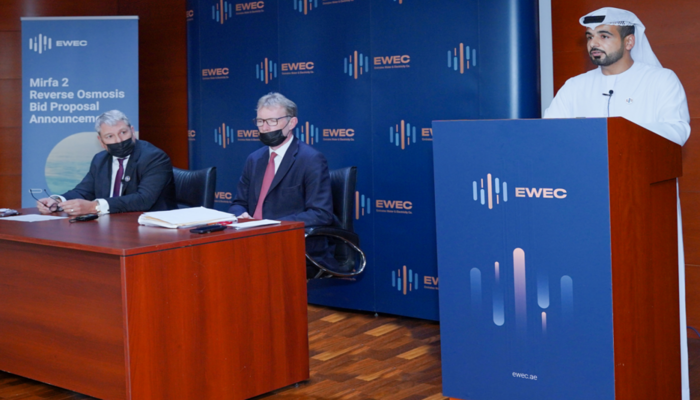 EWEC said in a press statement that the project award and execution of the Water Purchase Agreement (WPA) is expected to take place by the fourth quarter of 2022.

It said that two proposals from each company were received, one for a capacity of 80 million imperial gallons per day (MIGD), equivalent to 363,680 cubic metres per day, and a second proposal for a capacity of up to 120 MIGD (545,530 m3/day).

The M2 project is to be located adjacent to the existing Mirfa Independent Water and Power Plant, approximately 110 kilometers west of the city of Abu Dhabi, and involves the development, finance, construction, operation, and maintenance of a standalone brownfield RO seawater desalination plant.

EWEC had received more than 41 expressions of interest (EOIs) for the project in February 2021, and qualified 22 companies to bid for the project after submitting Statements of Qualification.

The expected date for starting commercial operations is the second quarter of 2025, the statement said.