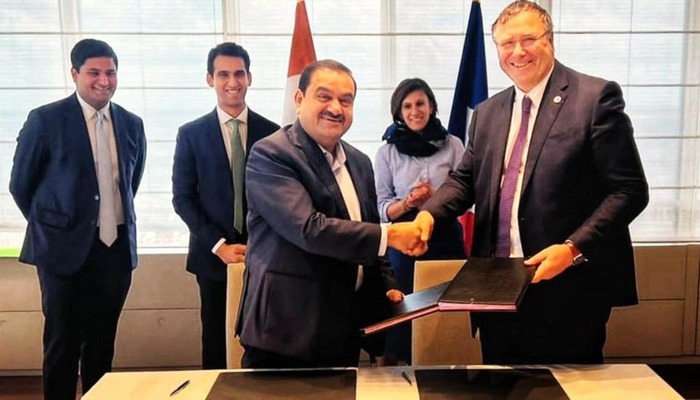 Adani Group has entered into a partnership with TotalEnergies of France to jointly develop the green hydrogen ecosystem with an investment of $50 billion over the next 10 years, the two companies said in a joint statement. The joint venture, namely Adani New Industries Ltd (ANIL), will have TotalEnergies as a minority stakeholder with 25% interest. ANIL will develop a green hydrogen production capacity of 1 million ton per annum before 2030.

Gautam Adani, Chairman, Adani Group, said that the partnership is a part of the group’s ambition to be the “largest green hydrogen player in the world.” “The partnership with TotalEnergies adds several dimensions that include R&D, market reach and an understanding of the end consumer. This fundamentally allows us to shape market demand. This is why I find the continued extension of our partnership to hold such great value,” Adani said.

“Our confidence in our ability to produce the world’s least expensive electron is what will drive our ability to produce the world’s least expensive green hydrogen. This partnership will open up a number of exciting downstream pathways,” he added. In February this year, the ministry of power notified the first part of the National Hydrogen Mission policy on green hydrogen and green ammonia, aimed at boosting production. Green hydrogen could potentially be the enabler for the global transition towards sustainable energy with net-zero emissions economies. While the second part of the policy is still under consideration by the central government, several private sector companies and even state run companies have already made commitments towards working on green hydrogen production.

ANIL will invest over $50 billion over the next 10 years in green hydrogen and associated ecosystem. In the initial phase, the joint venture will develop green hydrogen production capacity of 1 million ton per annum before 2030. For a country that relies on coal for more than 70 percent of its electricity, Adani's efforts are important in India's shift away from coal power.

Patrick Pouyanné, Chairman and CEO of TotalEnergies, said that the partnership was a major milestone for the company in implementing its renewable and low carbon hydrogen strategy which aims to not only decarbonize the hydrogen used in its European refineries by 2030, but also wants to pioneer the mass production of green hydrogen to meet demand as the market is likely to take off by the end of this decade.

“This future production capacity of 1 million ton per annum of green hydrogen will be a major step in increasing TotalEnergies’ share of new decarbonized molecules including biofuels, biogas, hydrogen, and e-fuels to 25% of its energy production and sales by 2050,” said Pouyanné. The Adani Group and TotalEnergies are already partners for gas business, Adani Total Gas. The new partnership follows Adani group signing a non-binding pact with Nasdaq-listed Ballard Power Systems to evaluate a joint venture for investment in commercial production of hydrogen fuel cells for various mobility and industrial applications in India in February.

The two companies hope to build on the synergies between the two platforms. Adani will offer knowledge of the Indian market, rapid execution capabilities, experience of operations and capital management. TotalEnergies will bring to the table its deep understanding of the global and European market, credit enhancement and financial strength to lower the financing costs, and expertise in underlying technologies. ANIL aims to be the largest fully integrated green hydrogen player in the world, with presence across the entire value chain, from the manufacturing of renewables and green hydrogen equipment (solar panels, wind turbines, electrolyzers, etc.), to large scale generation of green hydrogen, to downstream facilities producing green hydrogen derivatives, the statement said.

“The complementary strengths of the partners will help ANIL deliver the largest green hydrogen ecosystem in the world, which, in turn, will deliver the lowest cost of Green Hydrogen to the consumer and help accelerate the global energy transition,” the joint statement said. While others in the energy space are also gearing up for green hydrogen production, Mukesh Ambani-led Reliance Industries has ambitious plans for green hydrogen as a part of the conglomerate’s ambitious clean energy strategy. RIL also aims to be one of the largest producers of blue hydrogen globally by using petroleum coke.

RIL chairman Mukesh Ambani has announced a plan to invest Rs 750 billion over the next three years to build a new clean-energy business aimed at meeting the conglomerate’s commitment to be net carbon neutral by 2035. Ambani has said green hydrogen would be a priority, as the group aims to offer hydrogen energy at under $1 a kg in a decade. On Independence Day last year, Prime Minister Narendra Modi launched the ‘National Hydrogen Mission’ from the Red Fort with the ambition to boost the growth of green hydrogen in the country to work towards being energy independent.

As climate change and global warming concerns worsen and countries across the world commit to reducing emission, green hydrogen has generated a lot of interest given its ability to generate large scale energy with low carbon footprint. The recent advancements in technology have led to reduction in prices, which coupled with government incentives could make green hydrogen competitive as against conventional energy going ahead, experts believe. 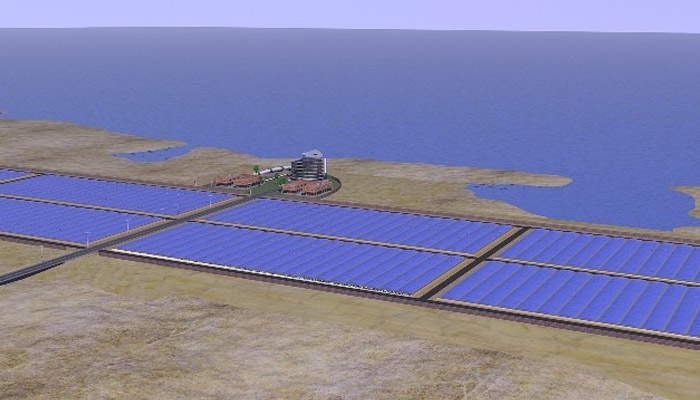