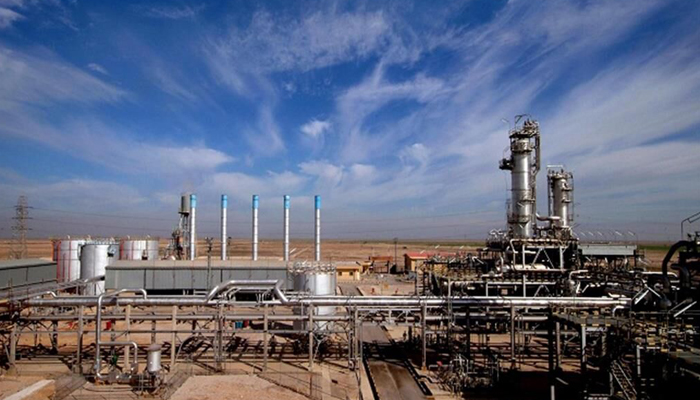 The CEO of the National Iranian Oil ‎Company (NIOC) has announced that a 7.5-‎billion-dollar contract on the development of joint fields ‎will be soon signed with a domestic consortium. ‎

Talking in a press conference on the sidelines of the 26th International Oil, Gas, Refining and Petrochemical Exhibition, Mohsen Khojastehmehr said the imminent contract is aimed at taking optimal advantage of the capabilities of domestic companies for developing the second phase of North Azadegan oil field and underway South Azadegan field project.

The Ministry of Petroleum has decided to ink the deal, said the NIOC CEO, adding the contract will be signed in a couple of months with the consortium that is composed of exploration and production companies.

Touching upon the significance of this year’s exhibition, also known as Iran Oil Show 2022, the top official noted, “It is beyond an exhibition, as it manifests our performance. We are not just revealing our future plans, as we are also showcasing what we have done.”

This year’s exhibition has paid due heed to domestic capacities and expertise and this is the most important feature of Iran Oil Show 2022, boasted Khojastehmehr, adding that more than 100 knowledge-based companies have participated in the international event.

The current exhibition is the symbol of knowledge-based economy, he said, and continued, “In addition to its possession of oil and gas reserves, Iran’s strategic relations have been promoted due to its geopolitical status and international developments, turning this edition of Iran Oil Show into a unique event.

“The exhibition has proved that the Islamic Republic is able to set up strategic ties through sustainable regional and international cooperation.”

Three patterns have been followed to use knowledge-based companies, said the NIOC managing director, explaining, “The first model is aimed at enjoying a knowledge-based company’s capabilities on the basis of a contract’s terms and conditions. Although it is a good model, it fails to achieve the goal pursued by the Leader, as [Ayatollah Seyyed Ali Khamenei] has urged the officials to double the knowledge-based capacity in the oil industry and such a policy demands synergy. The second model offers a chain link between knowledge-based companies – similar to the chain of companies we formed to increase the extraction in the upstream sector – and this model can be also used for horizontal wells. And the third model, which is a new one, is a striking example for synergy and will be finalized in the near future. According to this model, we will set up general companies (GCs) and each GC comprises a host of designers, constructors, and knowledge-based firms.”

He assured that the GCs could cause domestic production to soar by five times.

Iran needs to do every effort to retake its share in the competitive international market and find new customers, underlined Khojastehmehr.

The National Iranian Oil Company is seeking to sell its oil at the highest volume possible, said the deputy petroleum minister, expressing the country’s readiness to double its oil exports.

Khojastehmehr said the country’s exports have witnessed a 40 percent hike in spite of sanctions.

Elaborating on the investment in the upstream sector, he said $160 billion have been agreed to be allocated to it, of which $90 billion will be allotted to the oil industry and $70 billion to the gas industry.