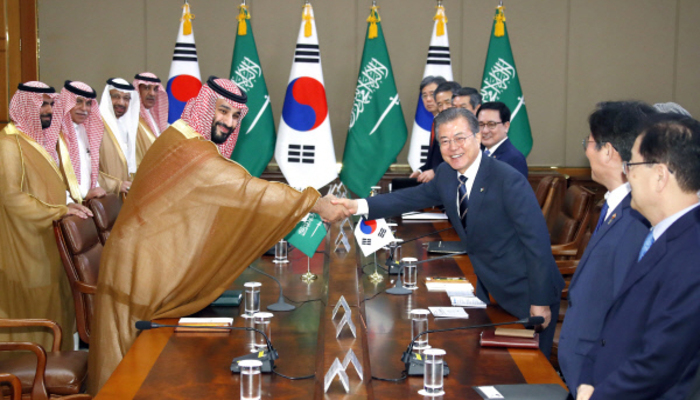 Central to the joint economic ties lies the five-stage construction project worth $500 billion (662 trillion won) for Neom, the new smart city being built in Tabuk Province. The green city construction project is spearheaded by Crown Prince Mohammed bin Salman, the prime minister of Saudi Arabia, for the transition to a sustainable, eco-friendly future away from the present fossil fuel-reliant economy.

The crown prince was in Korea, in mid-November, to foster bilateral cooperation. About 200 local industry leaders and 60 Saudi trade, investment authorities and business executives attended a Korea-Saudi investment forum organized by the ministry. They signed 26 memoranda of understanding (MOUs) during the seven-hour event.

S-Oil, a Seoul-headquartered petroleum refiner, of which 63.4 percent is held by an affiliate of Saudi Aramco, a Saudi Arabian state-run oil firm, said that it plans to invest $7 billion into a petrochemical project in Ulsan, a southeast port city. This is the largest foreign investment in Korea.

The Shaheen Project will feature one of the world’s largest refinery-integrated petrochemical steam crackers, providing a stable building block for the petrochemical industry in Korea and around the world. It follows a $4 billion phase-one petrochemical expansion project completed in 2018.

The new project will lead to an annual production of about 3.2 million tons of petrochemicals, as enabled by the steam cracker featuring Aramco’s cutting-edge TC2C thermal crude-to-chemicals technology. The equipment will produce high-value petrochemicals, feedstock for plastics and other synthetic materials. Construction will begin in 2023 and take about three years.

The project will be advanced by engineering, procurement and construction (EPC) contracts signed between S-Oil and three local construction affiliates of Hyundai and Lotte, the ministry said.

“The Shaheen Project is the single largest foreign investment in Korea to date,” Trade, Industry and Energy Minister Lee Chang-yang said during the forum held at the Korea Chamber of Commerce and Industry (KCCI) in Seoul.

“The project is an exemplary case whereby petro energy can be elevated to a low-carbon, sustainable source of power to the mutual benefit of Korea and Saudi Arabia, thereby advancing constructive bilateral cooperation in green energy.”

Another case in point is an MOU signed between Public Investment Fund (PIF), the sovereign wealth fund of Saudi Arabia with about $620 billion in assets under management, and a local public-private energy consortium led by Korea Electric Power Corp. (KEPCO) to build a green hydrogen and ammonia plant in Neom.

Among them are Korea National Oil Corp. and Korea Southern Power Corp. ― two of KEPCO’s state-run peers ― as well as steelmaker POSCO and Samsung C&T, the construction and engineering affiliate of Samsung Group.

The agreement is for a total of $6.5 billion to build a 396,694-square-meter plant near Yanbu, a western port city on Saudi Arabia’s Red Sea coast, by 2029, and operate it for 20 years thereafter.

The Samsung affiliate signed a separate MOU with PIF to advance cooperation in the modular business.

Saudi Arabia’s Alfanar Construction signed an MOU with Daewoo E&C for cooperation in oil, gas and petrochemicals. It will strengthen cooperation with Hyosung Heavy Industries, the manufacturing affiliate of Hyosung Group, to establish a gas-insulated switchgear manufacturer. The Saudi firm also signed an MOU with Doosan Enerbility, the energy affiliate of Doosan Group, to build a metal casting and forging plant.

The ministry said the government will mobilize its utmost efforts to facilitate the joint projects whereby Korea’s top-notch construction technologies and 3D modular capabilities can be used for the construction of Neom and further to Qiddiya, an entertainment megaproject launched in 2019 in Riyadh and the Red Sea.

“The Korea-Saudi cooperation has expanded to include smart city planning, smart farms, education, healthcare, culture and other services sectors, in addition to the strong current ties underpinned by high-tech manufacturing and energy cooperation. Korea expects a more fruitful outcome from the Korea-Saudi Vision 2030 Committee established in 2017,” Lee said. 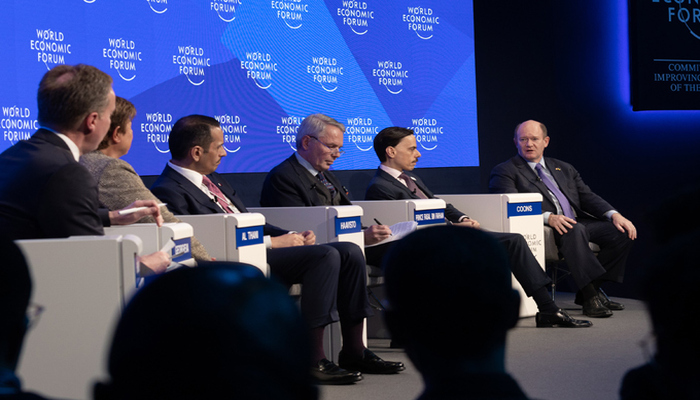