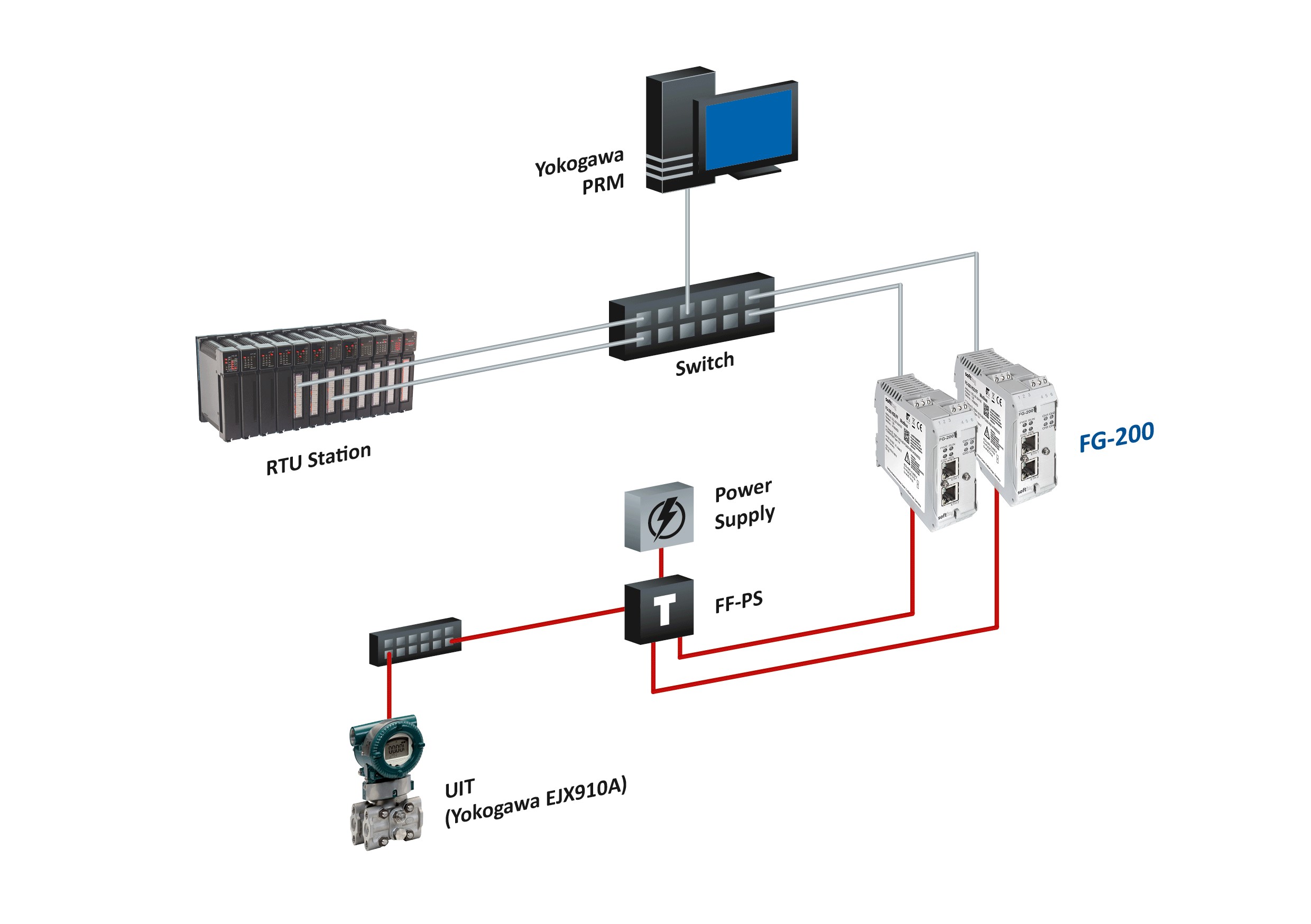 A major oilfield in the Middle East, already productive for several years, recently underwent a further, significant expansion. In a departure from strategies for existing wells, the operating company decided to bring another provider on board rather than simply procure the automation components according to a ‘one-stop-shop’ principle.

Key criteria in this process included the interoperability of the existing systems with the new provider’s solution and effective remote management. Integration of controllers (RTUs) from Schneider Electric (SE) with the FF gateway from SE Technology Partner Softing resulted in a secure and reliable solution.

An increasing number of projects in process automation are now aiming to achieve best-in-class solutions, in which the most suitable components from a range of vendors are utilized. This is being driven by reluctance on the part of facility operators to rely on one-stop solutions from a single provider that may not meet requirements in all applicable circumstances.

If parts from multiple companies are deployed, however, facility operators must ensure they can be integrated and work together as a combined solution.

A number of years ago, French automation specialist Schneider Electric launched a Technology Partner program with the aim of ensuring this kind of effective integration. This program—which has created an “ecosystem” of providers whose products complement each other perfectly—also counts Softing Industrial Automation among its members.

The Softing and Schneider Electric partnership focuses on data communications, with a key emphasis on fieldbus technology. Together, the two companies won a major contract in the oil and gas sector.

The customer was an operator of oil wells in the Middle East. The project aimed to achieve a major expansion of these facilities as well as the pumping capacity for the seawater used to force the oil to the surface. The tender documents published by the oil company specified Foundation Fieldbus (FF) as the automation technology to be used in the expansion project for this oilfield. Improving IT security was another key specification for the project.

To date, the client had worked with Yokogawa, and the plan was to maintain deployment of the latter’s SCADA system. To optimize the client’s cybersecurity operations, however, best-in-class products were to be used from several manufacturers.

The success of this initial phase was also due to Schneider using its partner program to make Softing’s gateway products part of the solution.

The name Softing has long been synonymous with FF solutions, especially since most of the FF field devices on the market have Softing FF stacks.

While Schneider’s exceptionally reliable controllers are a trusted solution in the oil and gas sector in particular, the Softing gateways were essential for their deployment in this expansion project. This was because the Foxboro controllers offered by SE since its acquisition of Invensys in 2014 communicate via Modbus/TCP and so do not ‘speak’ FF.

With Softing’s gateways, the OT systems were integrated via FOUNDATION Fieldbus inexpensively and with minimal effort.

The FG-110 FF gateway was deployed in the first project phase. This gateway connects the new facility components via an FF-H1 interface to ensure fault-free data exchange, while also supporting the FF-specific communication options used for device configuration, monitoring and diagnostics, for example. As a result, controllers utilizing the Modbus protocol can also be used in an FF environment. In the second phase of the project, the successor model FG-200 FF was brought in. It offers up to four FF-H1 links in controllers with Modbus support while also supporting device redundancy and deployment in explosion hazard areas.

Communications between the Yokogawa SCADA, the Schneider controllers, and the Softing gateways has been working without a hitch. As a last step, the operator opted for MTL power conditioners, as a finishing touch to this best-in-class solution.

During the project, Softing also provided training to Schneider Electric employees as well as the client’s operator/maintenance team, whose previous focus had naturally been the Yokogawa systems. The deployment of an additional local technical support team during project commissioning ensured the successful acceptance of this proof of concept involving several different manufacturers.

The remote maintenance options offered for field devices by FF technology is an especial benefit for maintenance technicians, whose assignments would otherwise involve driving hundreds of kilometers around the extensive oil field to fix a problem. Facility operators also benefit from the user-friendly solution, which includes browser-based parameter setting. Since the gateways can process commands sent using Modbus/TCP and FF protocols, control engineers can complete monitoring and diagnostic work from the comfort of the control room.

“Both of the teams at Schneider Electric and the oilfield operating company were very happy with the gateway technology and the support provided by Softing,” comments George Melico, Lead Engineer at Schneider Electric. “So when the next expansion stage was due in 2018, we once again chose Softing gateways—this time picking the new FG 200 FF version.” This lets the facility operator continue to deploy its preferred Foxboro controller solution from Schneider while also exploiting the low-cost, operator-friendly FOUNDATION Fieldbus technology in the field.

Thomas Hilz, Vice President Strategic Accounts at Softing: “Projects on this scale demand outstanding flexibility and customer focus. We’re proud to call these qualities our own, and we are very happy to have been a contributor in this project’s success story.”