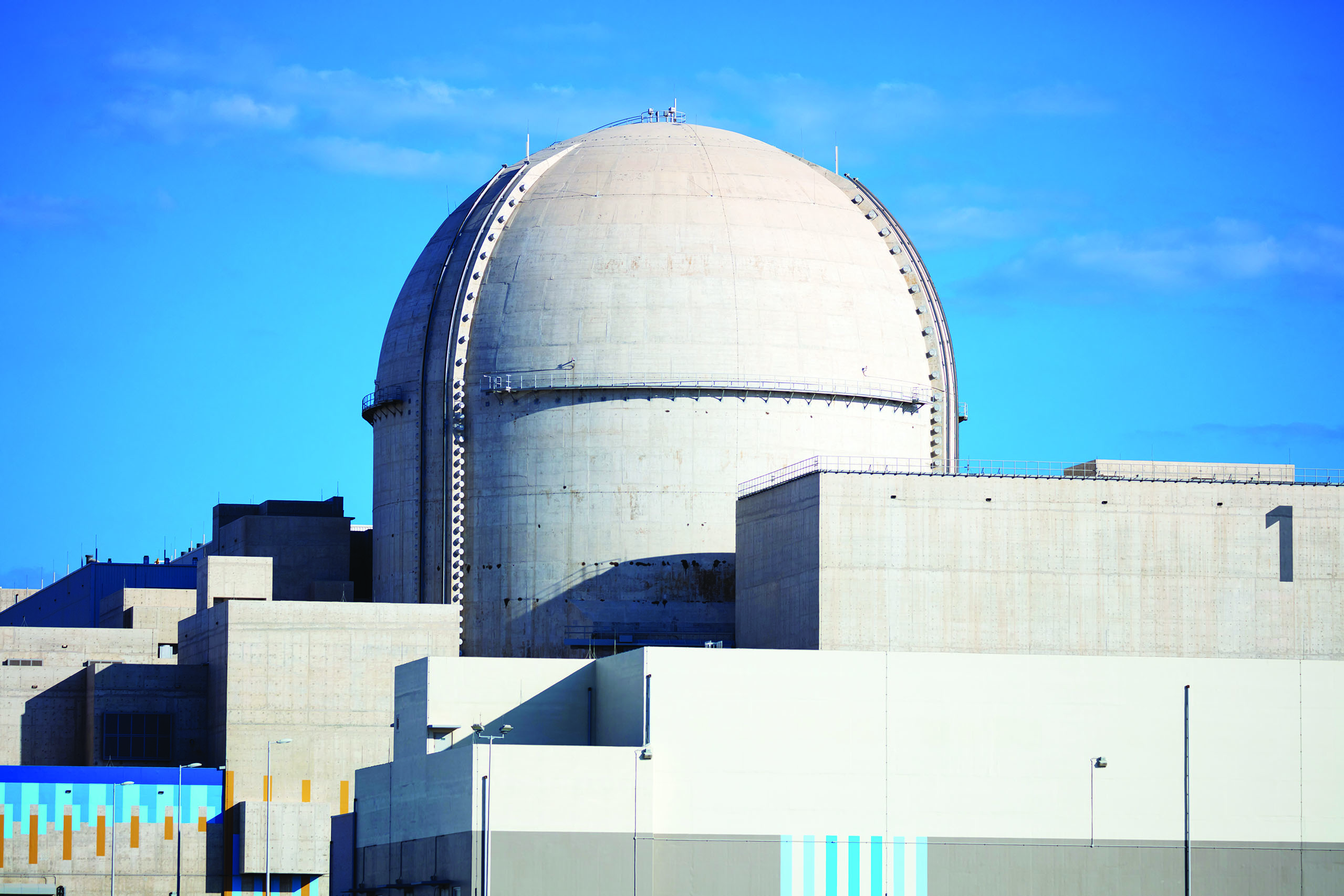 The UAE’s independent nuclear watchdog, the Federal Authority for Nuclear Regulation (FANR), has issued an operating licence for Unit 1 of the Barakah Nuclear Power Plant, thus giving the go-ahead on operations for the first nuclear power plant in the Arab world.

The licence, with an estimated duration of 60 years, was granted to Nawah Energy Company, a subsidiary of Emirates Nuclear Energy Corporation (ENEC) for the operation of the nuclear plant in the Al Dhafra region of Abu Dhabi.

With this licence, Nawah can commission and operate the Unit 1 of the Emirati nuclear plant, it stated.

FANR had granted the licence only after years of extensive reviews and inspections, its officials said.

This included more than 185 inspections, reviewing 14,000 pages of the plant’s operating licence application, and requesting more than 2,000 additional pieces of information on various matters related to reactor design, safety and other issues to ensure the plant’s compliance with regulatory requirements.

The assessment involved reviewing of the plant’s layout design and analysis of the site’s location in terms of geography and demography. It also included the reactor design, cooling systems, security arrangements, emergency preparedness, radioactive waste management and other technical aspects.

FANR also assessed Nawah’s organizational and manpower readiness with all the required processes and procedures to ensure the safety and security of nuclear power plant.

“Today’s announcement is another milestone for the UAE, culminating efforts of 12 years towards the development of the UAE Nuclear Energy Programme to which FANR played a significant role to turn this vision into reality,” remarked ambassador Hamad Al Kaabi, the UAE permanent representative to the International Atomic Energy Agency (IAEA) and deputy chairman of the Federal Authority for Nuclear Regulation.

The UAE, he stated, was currently building four units at the Barakah plant. Of this, overall construction rate of Unit 1 has reached more than 93 per cent; Unit 2 around 95 per cent; Unit 3: 92 per cent and Unit 4 nearly 83 per cent.

"The UAE's nuclear energy programme and its regulatory framework adhere to the IAEA safety standards and the international best practices. Today's decision is the result of intensive work and collaboration with national and international stakeholders such as IAEA, Korea and other international regulatory bodies," noted Al Kaabi.

FANR Director-General Christer Viktorsson said the nuclear watchdog had played an indispensable role in regulating the Barakah Nuclear Power Plant since 2009 and especially after it received the operating licence application for Unit 1 in 2015.

"We conducted extensive reviews and robust inspections to ensure it fulfills our regulatory requirements and thus is ready to operate safely. FANR also prepared for the operations phase which include putting all arrangements in place to conduct regulatory oversight and necessary inspections to ensure protection of the community and environment when the Unit 1 starts operating," he added.