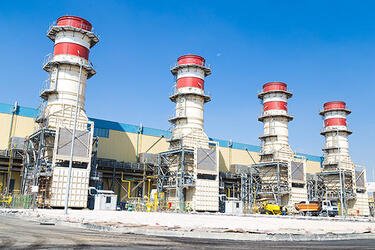 German engineering giant Siemens plans to spin off its struggling gas and power unit to prepare it for a potential stock market listing next year. Meanwhile, Siemens will also cut over 10,000 jobs at its core divisions in a sweeping overhaul.

The division to be carved out comprises its oil and gas, conventional power generation, power transmission and related services businesses and will be listed by September 2020.

Siemens' Gas and Power (GP) unit is to be "given complete independence and entrepreneurial freedom through a carve-out and a subsequent public listing", it said in a statement.

Siemens pointed out that it will retain “somewhat less than 50%” of the new entity, which will include its 59% stake in Siemens Gamesa Renewable Energy, creating a company with $33.5 billion (30 billion euros) in business volume.

Siemens aims to keep “significant influence” in what it called a “powerful pure play” in energy and electricity.

In separating out the unit, CEO Joe Kaeser is further chipping away at Siemens’ conglomerate structure. The executive previously brought the health-care division to market, merged the wind power unit with a Spanish competitor, and tried -- and failed -- to merge its train unit with French rival Alstom SA. The rail deal was blocked by European antitrust regulators.

In addition to the structural revamp, Kaeser also unveiled job reductions at its core divisions to save about 2.2 billion euros by 2023.

These include 4,900 cuts at digital industries, 3,000 at so-called smart infrastructure and 2,500 jobs at its central corporate unit. At the same time, Siemens plans to hire about 20,500 new employees, stated the report.

The gas and power unit has been among the weakest of Siemens’s divisions, reporting lower orders and profitability as utilities buy fewer large turbines amid a global shift to renewable energy.

In separating out the GP unit, Siemens CEO Joe Kaeser is further chipping away at Siemens’s conglomerate structure. The executive previously brought the health-care division to market, merged the wind power unit with a Spanish competitor, and tried - and failed - to merge its train unit with French rival Alstom SA. The rail deal was blocked by European antitrust regulators.

According to him, Siemens would increasingly focus on digital industries and smart infrastructure as well as its health and mobility units under its Vision 2020+ strategy.

Kaeser has said repeatedly that more needs to be done to secure a future for the business.

Siemens now aims to contribute its majority stake in the renewable energies company SGRE, currently at 59 per cent, to GP.

However, the parent company plans to "remain a strong anchor shareholder in the new company".

Its stake would be "initially somewhat less than 50 per cent and, for the foreseeable future, above the level of a blocking minority holding".

Kaeser said the move will create a player in the energy and electricity sector "with a unique, integrated setup - an enterprise that encompasses the entire scope of the energy market like no other company".

"Combining our portfolio for conventional power generation with power supply from renewable energies will enable us to fully meet customer demand," he said.

"It will also allow us to provide an optimized and, when necessary, combined range of offerings from a single source."

Its separation and planned listing is expected to form the bulk of Siemens’s presentation to shareholders and analysts at a capital markets day on Wednesday, when the company also reports second-quarter earnings.

"The decision on the carve-out of gas and power was anything but easy,” said Juergen Kerner, who represents the IG Metal labor union on Siemens’s supervisory board. “The division is one of Siemens’s core businesses, but a growth strategy under Siemens is still not feasible.”