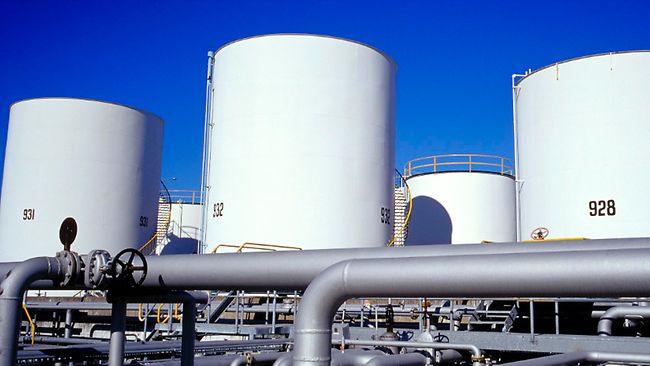 Orpic, the Sultanate's refining and petrochemicals flagship, plans to develop its high-tech fuel storage and distribution terminal at Al Jifnain on the outskirts of Muscat Governorate, into a national strategic reserve in the next phase of its expansion.

According to a high-level executive of Orpic Logistics, the joint venture set up by Orpic with Spanish fuel logistics specialist Compañía Logística de Hidrocarburos (CLH), the move is key to ensuring security of fuel supply across the nation.

The state-of-the-art terminal is the centerpiece of Orpic's USD 320 million Muscat-Sohar Product Pipeline (MSPP) project designed to support the establishment of modern fuel storage and distribution infrastructure in the Sultanate. Currently under construction with a capacity to hold 172,000 m³ of refined products, the new terminal will increase the storage capacity of fuels by 70 per cent -- a step that will also provide alternatives for securing fuel supply to the population in the event of a disruption.

"As a second phase, Orpic Logistics is studying the construction of 1,000,000 m³ of additional storage capacity at Al Jifnain for starting the development of national strategic reserves. This volume is equivalent to more than 30 days of oil products consumption and would further increase the security of supply to the population," he stated.

According to the executive, the MSPP project represents Orpic's response to the strategic objectives set by the government for developing oil products logistics activities in the Sultanate.

One such objective is to build additional facilities to meet the rapidly growing demand for fuels. In the last 10 years, fuel demand has grown at rates above 10 per cent per annum. Despite low crude oil prices and the increase in the prices of refined products in Oman since January 2016, it is expected that this level of growth will be maintained in the coming years, the General Manager said.  Furthermore, the MSPP and Al Jifnain Terminal are designed to facilitate the distribution of additional production available once the Sohar Refinery Improvement Project (SRIP) enters into commercial operation later this year.

The new 18" pipeline between Sohar Refinery and Al Jifnain Terminal will ease the distribution of oil products along the North coast, which accounts for over 50 per cent of total domestic demand, Suarez said.

Yet another objective of the project is to increase safety on roads in the capital area. The terminals located in Mina Al Fahal (Muscat) supply over 65 per cent of the country's demand for oil products. Once MSPP is completed most of these supplies will be shifted to Al Jifnain Terminal, reducing the heavy tanker traffic in the capital area, he stated.

"The new terminal will be equipped with 16 loading bays with capacity to load more than 600/700 trucks per day with products to be transported across petrol stations.

It also needs to be highlighted that the new terminal will be supplied by two multiproduct and bidirectional pipelines connected to Orpic's Sohar and Muscat Refineries, which are the safest and most efficient transport media for oil products for medium distances," Suarez explained.

Importantly, the MSPP project will also support the expansion of Muscat International Airport. The MSPP pipelines will directly connect Al Jifnain Terminal with the new storage depot at Muscat Airport, meaning that jet fuel will be pumped directly from Al Jifnain without requiring tanker trucks and increasing the safety of jet fuel supply to the airport, Suarez added.