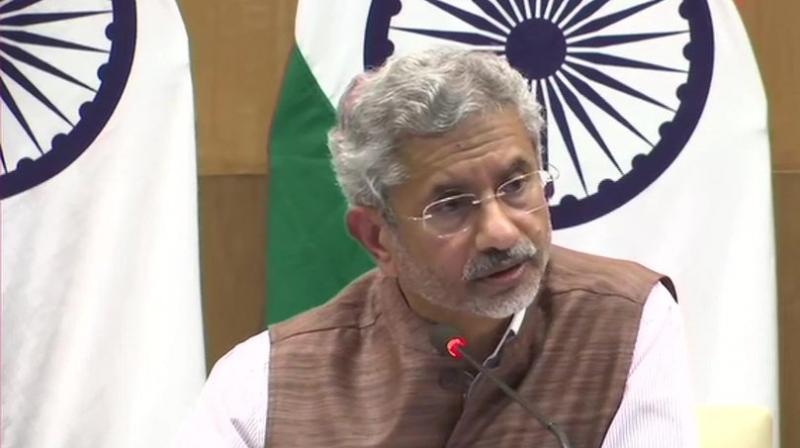 India has a strong political and cultural relationship with Iran where it operates a strategic port, External Affairs Minister S Jaishankar has said, rejecting reports that Tehran is disappointed at New Delhi for not buying oil from the oil-rich nation in view of the tough US sanctions. The Chabahar port - considered a gateway to golden opportunities for trade by India, Iran and Afghanistan with the central Asian countries - is located on the Indian Ocean in the Sistan and Baluchistan province of Iran.

The port, which is easily accessible from India's western coast, is increasingly seen as a counter to Pakistan's Gwadar Port which is being developed with the Chinese investment. "I don't agree with you that Iranians are disappointed. I think Iranians are realists. There is a larger global situation in which they are operating, we are operating. In the world that I inhabit, we frankly understand each other's compulsions and possibilities," Jaishankar said at an event organized by US India Strategic and Partnership Forum (USISPF).

The visiting minister was responding to a question that Iranians were disappointed with India's decision not to buy oil from them to avoid American sanctions regime. "From our perspective, the real issue is how do I continue to get affordable, predictable access to oil and gas? So far that has been made possible," he said, adding that India is concerned about the state of instability and volatility in the Gulf.

The US re-imposed sanctions on Iran last November, after Trump pulled out of the landmark 2015 Iran nuclear deal. The US move, seen as an escalation of the Trump administration's "maximum pressure" on Iran, had come after it gave temporary 180-days waiver to eight countries, including India, China, Turkey and Japan among others last year. Jaishankar said everybody knew that Iran issue was an evolving matter.

"You can read the front page of probably many newspapers today, which had some developments pertaining to that. I wouldn't attribute that sense of finality," he said, adding that countries should not have unreasonable expectations. India has two sets of concerns when it comes to Iran directly, he said.

"Our concern is we are a big energy importing economy. And for us affordable, predictable access to energy is very important. We have been repeatedly assured that that would happen. So for us that would be the sort of the benchmark with which we would approach the region that we need solutions which will work for us," he said during his appearance at the CSIS think-tank.

At the same time, India has a lot of other relationships with Iran as well. "We have a strong political relationship. We have a cultural relationship. We work with them. We actually operate a port in that country, which services Afghanistan. So those are equities obviously, which we would protect," Jaishankar said.

India has a larger Gulf concern, which is from the fact that India has a large diaspora of nine million people. The Gulf is also important in terms of energy, remittances and security or even the kind of radicalization challenges that that region can throw up, he said. "So, all of those kind of go into this mix. But we'll have to maneuver there. We were concerned when there was an escalation of tensions. We have done some Naval deployments in the Straits of Hormuz. Those are to take care of our interests and those of general shipping as well," Jaishankar said.

Iran is India's third-largest oil supplier behind Iraq and Saudi Arabia. Iran supplied 18.4 million tonnes of crude oil during April 2017 and January 2018 (first 10 months of 2017-18 fiscal). In May 2016, India, Iran and Afghanistan inked a pact which entailed establishment of Transit and Transport Corridor among the three countries using Chabahar port as one of the regional hubs for sea transportation in Iran, besides multi-modal transport of goods and passengers across the three nations.