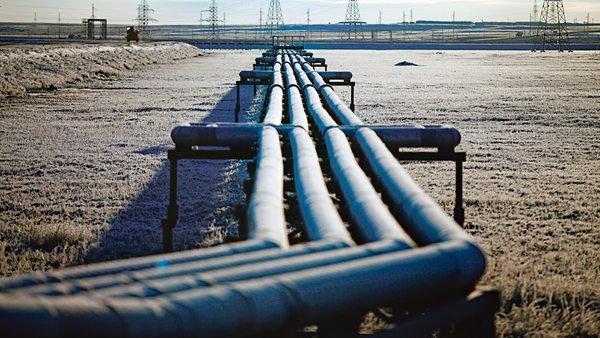 Canada’s Brookfield Asset Management and Singapore’s Temasek Holdings have joined the race to buy the gas pipeline assets of state-run GAIL (India), three people aware of the matter said. A potential deal would be a vital win for Brookfield, which recently bought the gas pipeline assets of Reliance Industries. GAIL owns more than two-thirds of India’s 12,000-km pipeline network.

The company, which is in the process of divesting its pipeline business, has already received interest from state-run Indian Oil Corporation (IOC) and Bharat Petroleum Corporation (BPCL) for the gas transmission assets. “Prospective bidders have begun initial discussions with GAIL and are expected to put a formal offer once a formal sale process begins post the demerger,” said the first of the three persons cited above, all of whom requested anonymity.

Brookfield and Temasek declined to comment emails sent on September 6. GAIL too did not reply to an email sent seeking details of the stake sale process. The government has been planning to split GAIL by hiving off its gas marketing and pipeline business into a separate entity and selling a majority stake in it to strategic investors. The government holds 52.68 percent in GAIL, which had a market capitalisation of Rs 591.9561 billion as on September 6.

GAIL’s marketing business brought in more than three-fourths of its total revenue in the last fiscal. GAIL, India’s biggest natural gas marketing and trading firm, is also adding another 9,000 km of pipelines. The company dominates India’s gas marketing landscape with a 59 percent share. An IOC official said the company sees huge value in GAIL’s transmission assets as it plans to expand its own gas distribution network. IOC, the second-largest gas marketer in India after GAIL, has lined up aggressive expansion plans for city gas distribution.

A BPCL official said GAIL’s transmission network will give a fillip to its plans of expanding in the gas distribution business. Last fiscal, BPCL hived off its gas business into a separate wholly-owned unit so that the company can sharpen its focus by bringing all natural gas-related businesses into one fold. Spokespersons at IOCL and BPCL did not respond to emails sent on September 6 on whether they plan to bid for GAIL’s pipeline assets.

A second person, an investment banker aware of the talks said, “The RIL-Brookfield pipeline deal has set a precedent for such asset monetisation. GAIL too has been exploring this option. They have held talks with several investors including, Brookfield and Singapore’s Temasek”. This March, Brookfield’s India Infrastructure Trust, an InvIT, bought RIL’s loss-making entity East-West Pipeline for Rs 130 billion. The InvIT took 100 percent stake in Pipeline Infrastructure Pvt that owns and operates the East-West Pipeline.

Though GAIL has argued that it's gas marketing and transmission businesses operate at arm’s length and hence splitting them is of little significance, the government, in order to meet part of its Rs 1.05 trillion target for raising revenue from disinvestments this fiscal, is keen on the bifurcation. To achieve its disinvestment target last fiscal, the government has sold its entire 51.11 percent stake in refiner Hindustan Petroleum Corporation (HPCL) to state-run Oil and Natural Gas Corporation (ONGC) for Rs 369.15 billion.

GAIL, which took shape in August 1984 after it was spun off from ONGC’s gas business, has multiple long-term contracts to import gas in its liquid form (LNG) from countries such as the US.

It is currently unclear if the strategic buyers would be given the responsibility of retaining these contracts. One option is to allow GAIL to continue with the marketing business that would include all the sale contracts and the city gas retailing.

Since GAIL has been maintaining separate accounts for its gas pipeline and marketing businesses, analysts said this makes it easier to split them into two entities. GAIL’s networth rose to Rs 390.62 billion last fiscal from Rs 351.42 billion in the previous year.