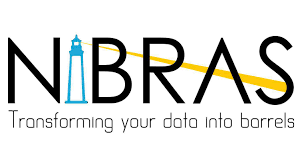 Nibras, a digital transformation platform designed to help oil and gas companies manage their assets optimally, is all set to go global. Designed to optimize operations and maintenance of oil and gas assets, Nibras was developed in-house by Petroleum Development Oman (PDO) and until now was only used by Oman’s major oil and gas operator. Innovation Technical Solutions LLC (iNNOVATEQ), an Omani technology company, was established in 2017 to commercialize the Nibras platform with the backing of Oman National Investments Development Company (TANMIA) and Innovation Development Oman Holdings (IDO Investments).

Nibras will now be offered to international oil and gas companies with the first contract outside PDO expected to be signed this month (June). Nibras is built with an open architecture to connect to corporate databases, Dr Riyadh Moosa, CEO of iNNOVATEQ, told in an interview.

Explaining about the total coverage of Nibras in PDO, Dr Riyadh said that Nibras is used to manage 98 per cent of the wells (around 8,000) together with about 75 per cent of the water-flooded reservoirs, and 25 per cent of the surface equipment. He sees these numbers as growing continuously.

One of the key growth areas for Nibras digital transformation technology is in Industrial Mobility. A mobile version of Nibras has been launched to help field staff execute their work as well as manage and maintain equipment and assets much more efficiently. Dr Riyadh explained that the technology and the methodology are very flexible and universal in application. We see the possibility of it expanding in other upstream oil and gas domains such as exploration, engineering and even finance; but also in other industries. He shared that there is already interest from downstream oil and gas companies, and that iNNOVATEQ is hoping to shortly announce an MoU on collaboration on digitalization with an Omani downstream company.

Through iNNOVATEQ, we can now help other companies learn from our long experience to fast-track their own digital transformation, and avoid the pitfalls we went through in our journey, says Dr Riyadh.

According to him, the Nibras project is a labour of passion. Its origins go back to 2007. Almost 12 years ago I was in charge of 40 wells in the Fahud field of PDO. It would typically take me about 10 minutes per well to check the data for each well, which was a waste of time because 85 per cent of the time, these wells would have performed perfectly fine, he says.

This led me to introduce the concept of EBS (Exception-Based Surveillance) which eventually enabled us to monitor 440 wells in the same 10 minutes, he added.

As a Reservoir Engineer with over 25 years of experience with PDO, he admits the issues he faced towards growing the use of digital transformation solutions over the years. From there, I thought that we could simply cut-and-paste the solution to other fields in PDO and we can replicate the efficiency and value generated, but it wasn’t that simple.

Explaining how he was able to popularize Nibras platform from its initial tough days, Dr Riyadh says the digital transformation was a long journey going back 10 years, with our efforts really paying off in the last 6 years.

One key milestone in the journey of the platform was the introduction of lean methodology in PDO in 2012.

He recollects how initially the company spent 2-3 years trying to implement the technology in PDO, approaching it from a technical point of view; and only later, through Lean, was able to follow a more holistic approach which resulted in significant user and organizational adoption.

Today, the Nibras platform is the nervous system of PDO: used by over 1,800 users in PDOs 15 asset management teams, he says.

In an effort to maximize ICV (In Country Value), PDO with the support of the Ministry of Oil and Gas decided to commercialize Nibras and launch its sophisticated IP into the digital transformation arena globally. iNNOVATEQ was officially launched by HH Sayyid Kamil bin Fahd al Said in COMEX19 which was held in Muscat in March, 2019.

The launch evoked a good response from potential clients in Oman, regionally and globally. The launch also generated interest in Nibras from other industries, especially downstream oil and gas companies.

As someone who had been with PDO for 28 years, Dr Riyadhs unique combination of expertise in Well, Reservoir and Facility Management enabled him to champion and coordinate the significant transformation in PDOs world-class performance.

Our aspiration is for Nibras to become an industry standard. We believe that not only to be possible, but that we would be able to break into other industries, and in a big way.