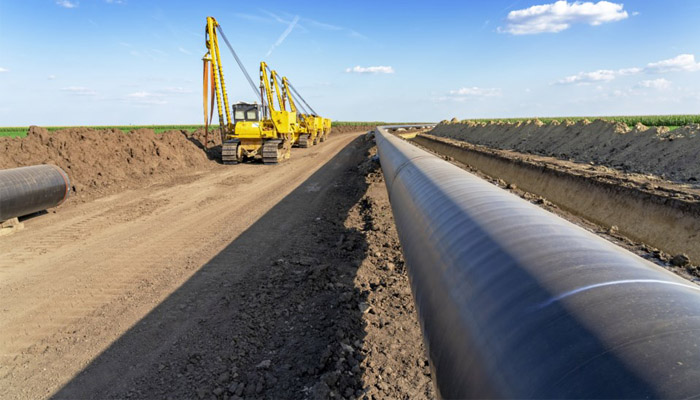 "Reportedly GIGL has dropped out, however the Ministry of PNG has informed that the project is viable and there are procedural delays.”

The 778 Km underground Natural Gas pipeline network from Bhatinda in Punjab to UT of J&K has seen no physical progress even after years of its announcement. “GSPCL awarded the contract (MoPNG). GIGL authorities requested for initiation of the process of acquisition of Right of Use under the Central Petroleum and Mineral Pipelines Act.”

"State Level Coordinator Oil Marketing Industry, J&K has been requested dated 11/11/2021 to furnish information regarding who shall provide the VGF which is awaited," reads the official document. In February, Union Finance Minister Nirmala Sitharaman announced revival of a pending gas pipeline project in the newly created UT of J&K.

The FM said a gas pipeline project will be taken up in the Union Territory of Jammu and Kashmir. It is pertinent to note here that the Bhatinda-Srinagar gas pipeline, an estimated Rs 60 billion project, was announced ten years back, but due to paucity of funds and lack of administrative push, it saw no progress in a decade.

PNGRB has informed that a 102 km long pipeline section from Jalandhar-Amritsar in Punjab as a part of BJSPL has been commissioned. The PNGRB on July 7, 2011 had authorized GSPL, a subsidiary of the Gujarat Government to lay Bhatinda-Jammu-Srinagar gas pipeline to ensure gas supply for industrial, commercial and domestic use in Jammu and Kashmir.

The gas pipeline was to be laid through the districts of Kathua, Samba, Jammu, Udhampur, Ramban, Anantnag and Srinagar and the scheduled completion date for the project was 6 July 2014.

To facilitate acquisition of land for the project, the then J&K Governor had even issued an Ordinance in June 2013.

Though the land acquisition process was started in Kathua and Samba districts, it has not reached the logical conclusion. However, now it is believed that with the Centre's push the project will be completed soon.