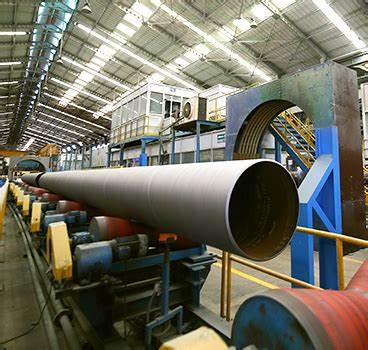 Welspun Corp to Increase Capacity of DI Pipes to 400 KMTPA

Welspun Corp will increase the capacity for Ductile Iron (DI) Pipes to 400 KMTPA from the earlier proposed 250 KMPTA and add DI Fittings to the product range.

On 29 October 2020, the company had announced setting up a greenfield facility at Anjar in Gujarat to enter DI Pipe business.

Over the last few months, there is an increased focus on creating water supply infrastructure in the country through various government schemes.

The outlay for this is Rs 2.87 trillion and it will be implemented over the next five years. Tap water connection to 2.86 crore urban households and liquid waste management in 500 cities has been envisaged as part of this scheme.

Increased spending by state governments and municipal corporations is also expected to improve accessibility of drinking water supply across the country.

Considering the expected demand, the company has decided to increase the capacity for DI Pipes.

There are no changes in the timelines and the project is expected to be commissioned by April 2022. As the project is currently under construction, there is no capacity utilisation as of now.