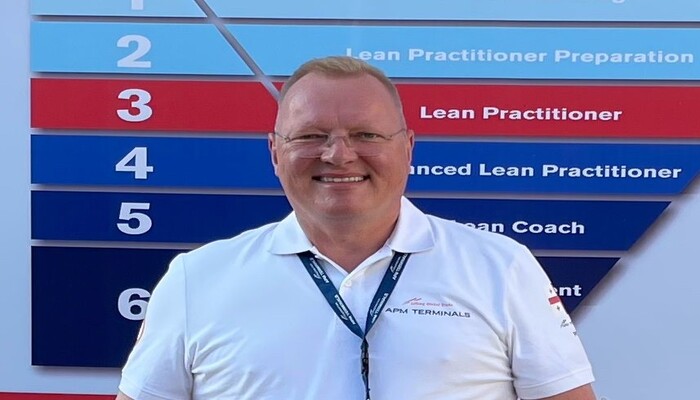 Keld Mosgaard Christensen Appointed as CEO for Port of Salalah

After successful four years at the helm of the Port of Salalah (Oman), Mark Hardiman has decided to move closer to his family and step down as CEO. He will hand the leadership position on 1st September to Keld Mosgaard Christensen, who has recently been elected as the new CEO by the Board of Directors of this joint venture where APM Terminals holds a 30% share.

Keld Mosgaard Christensen comes with a vast industry experience, most recently from having successfully served as Managing Director of APM Terminals Poti in Georgia. He joined A.P. Moller - Maersk in 1997, later worked outside the company for several years for ISS A/S and for the Danish foreign service as Consul General in Istanbul, before he moved to Poti in 2019.

“During his time in Poti, Keld delivered impressive efficiency and standardization improvements together with the team, while also gaining valuable experience in running a multi-operational port. This will be crucial for his role as CEO of the Port of Salalah, which also operates both the container and general cargo facilities,” comments Lars Mikael Jensen, Head of Hubs and Collaboration at APM Terminals.

“I look forward to working with the team in Salalah to best serve our customers and to maintain a safe, and engaging workplace - one that helps us deliver on our Safer, Better, Bigger strategy and helps APM Terminals become the World’s Best Terminal Company. My connections with the team and the facilities in Salalah makes me very confident of our continued success,” comments Keld Mosgaard Christensen.

Mark Hardiman will continue as advisor during the transition period before his next role in the organization is announced. “I would like to thank Mark for his excellent management of the Salalah terminal, which has grown even more central to the APM Terminals portfolio and the Maersk Ocean network during his tenure,” adds Lark Mikael Jensen.