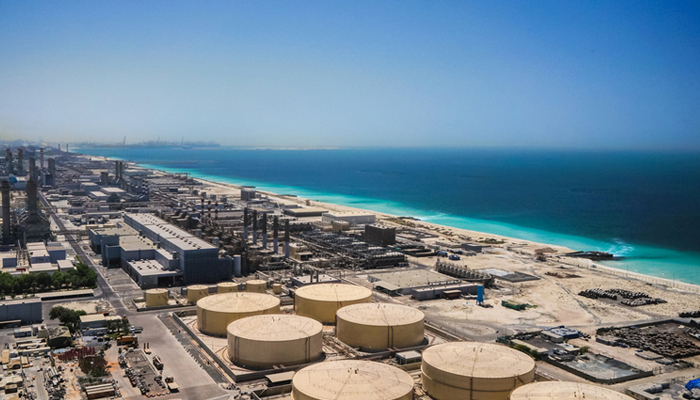 Mena Investments in Desalination Projects to hit $4.3bn in 2022

Investment in the desalination projects across the Middle East and North Africa has increased substantially in recent years and currently it accounts for 48% of global desalination projects, with further investments expected to spur the market to $4.3 billion by 2022-end, said top industry experts at the 3rd edition of Mena Desalination Projects Forum 2022 in the UAE capital.

According to experts, the countries within the Mena region will add an estimated 20 GW of solar capacity and 5-6 GW of wind by 2025 as seawater desalination capacity of GCC countries is expected to grow further by 37 per cent during the next five years, with investments of up to $100 billion.

"UAE is the second largest desalination market in the world after Saudi Arabia generating about 14% of the total desalination water output," said Engineer Khadija Bin Braik, Director of Water Pricing and Tariffs at the Abu Dhabi Department of Energy, in her keynote address.

The emirate has an installed capacity of 960 million imperial gallons of water production capacity per day (MIGD), while its peak demand is 833 MIGD – leaving enough spare capacity, said the top official.

Bin Braik pointed out that the water and energy sectors were changing at an unprecedented speed.

"With the global Net Zero Target by 2050, we now have a real momentum to achieve carbon neutrality target. Abu Dhabi is a real change-maker in delivering a low-carbon economy,” she said.

“We have nine desalination plants of which four runs on Reverse Osmosis (RO) technology providing 24 percent of the desalinated water. With new technology and investment, we are going to raise RO desalination capacity to 40 percent. This is energy and cost efficient and will reduce the cost of desalination and ensure great savings,” she added.

Seawater desalination now contributes to more than 90 percent of all daily water requirements in the GCC region that hosts the highest global water desalination capacity of 81 percent, producing approximately 40 percent of the total desalinated water in the world, according to the Mena Desalination Market report by Ventures Onsite, which tracks construction projects in the region.

Seawater desalination capacity of GCC countries is expected to grow further by 37% during the next five years, with investments of $100 billion, according to the report. The global desalination market is predicted to grow from $17.7 billion in 2020 to $32.1 billion by 2027, it added.

Frederic Claux, Managing Director Thermal & Supply AMEA at Engie, said: "We are delighted to be supporting the conference, as gold sponsors. Events such as these bring together key regional stakeholders to discuss and seek sustainable water solutions. With a global ambition to achieve NetZero Carbon by 2045, we are driving RO technology adoption."

Marouan El Khattabi, Middle East Director at GS Inma, said the forum is the biggest industry event and a great platform for networking and business development. "We are really happy to see the most important industry players here and we are looking forward to develop our business from this platform," he added.

GS Inma has been awarded to build two desalination plants in Oman, he said.

"We are looking for more. There are many water projects that are being unveiled in this conference – which is really good for the industry and for all of us," he added.