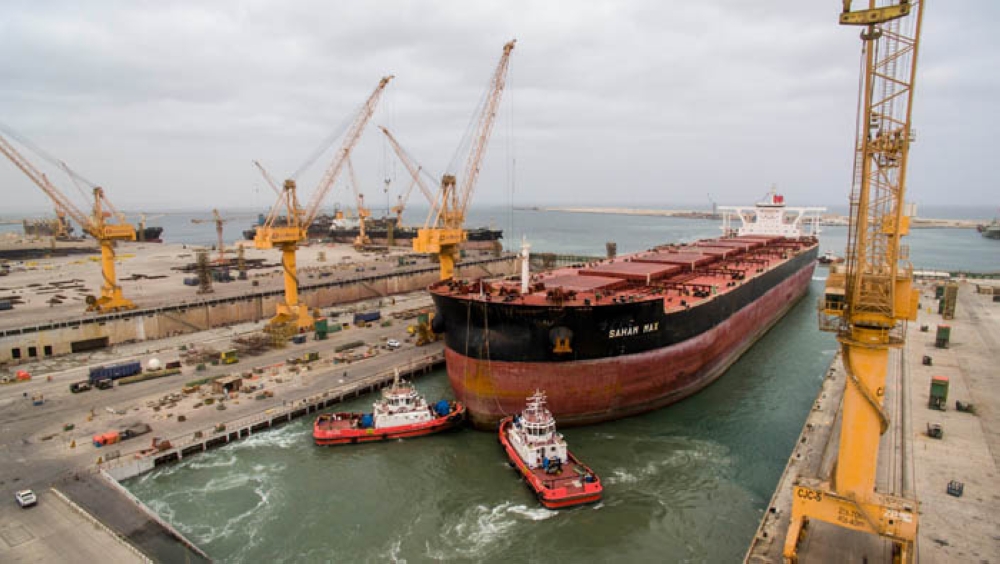 Oman Gas Company (OGC) — the energy infrastructure vertical of the restructured Oman Oil Company (OOC) — is ramping up its gas and liquids transportation capacity through investments in new pipelines serving industrial and petrochemical hubs in Sohar and Duqm. The wholly government-owned company is also making the transition from a national gas network operator to an independent, integrated energy transportation and distribution services provider envisioned on the lines of the globally reputed Enbridge of the United States or Engie of France, a top official said.

Sultan Hamad al Burtmani (pictured), Acting Executive Managing Director of OGC, told The Oil & Gas Year (TOGY), a well-known oil and energy business intelligence journal, that the company was in the process of a consolidation exercise which will culminate in a major rebranding in the coming years. “We want to consolidate the whole gas network under one dedicated technical system operator, or TSO,” The Oil & Gas Year quoted Sultan al Burtmani as saying. “This entity will operate the whole gas network and integrate it with the processing facilities in the long term. One of our key aims is to ensure that the infrastructure is ready, not only to maintain a reliable and uninterrupted supply of natural gas to consumers, but at the same time to maximize the value generation from this resource,” he further noted.

In conjunction with this transformation, OGC is poised to see its pipeline network — the centrepiece of the nation’s gas grid — grow by around 25 per cent. “In the coming years, we will see another 500-600 kilometres of pipelines added to OGC’s national gas transmission network, mainly catering to the new industrial hub in Duqm, as well as to meeting demand growth in the Sohar area. This represents significant growth and will take the total length of our gas network to well over 3,000 kilometres,” the Acting Executive Managing Director said.

In the north, OGC is constructing a 36-inch pipeline running around 250 km from Fahud to Sohar, where new industrial and manufacturing investments in Sohar Port and Freezone, as well as Sohar Industrial Estate, are driving up energy demand. The pipeline is being built along a separate line carrying Natural Gas Liquids (NGLs) from Fahud to the ethylene cracker facility of Orpic’s multi-billion dollar Liwa Plastics project. In the southeast, OGC is overseeing the construction of a new pipeline from Saih Nihayda in central Oman to Duqm, where a mammoth Special Economic Zone (SEZ) is under development. The roughly 350 km, 36-inch pipeline will serve as an energy lifeline to investors in Duqm.

Under the restructured Oman Oil Group, OGC serves as the platform for the entire midstream segment of Oman Oil Company’s business portfolio. The platform hosts the gas pillar (encompassing the gas infrastructure including the pipelines, processing facilities such as the Salalah LPG extraction and future natural gas liquids [NGL] facilities); the Oil Infrastructure pillar, under which comes Oman Oil’s investment in the Oil tanking Terminal in Sohar Port, the new Liquid Terminal under construction at Duqm Port, and the Crude Oil Park at Ras Markaz; and the Power Infrastructure Pillar, which includes the Musandam Power Project, the upcoming Duqm power project to be implemented in Duqm SEZ by its subsidiary Marafiq, and future renewable energy projects.

The consolidation of these different pillars under OGC is currently ongoing, said the Acting Executive Managing Director. “We have already finalized the financing, consolidations and integrations. Especially because we are legally transferring the assets from Oman Oil Company to Oman Gas Company, we are restructuring the whole capital structure related to the holding, and we will be rebranding OGC in line with Oman Oil Company within the next few years. The reorganization review is happening this year. We will require another year to integrate all of this under one name. Globally, you see similar models, such as Enbridge in Canada or Engie in France.”