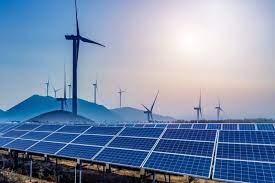 During COP26 in Glasgow, the Abu Dhabi Department of Energy has confirmed key sector initiatives over the next decade to help accelerate the UAE’s sustainable economic growth while supporting its ambitious Net Zero by 2050 Strategic Initiative.

The department outlined nine existing and planned projects focused on clean energy generation from solar and nuclear sources, electrification of the water production system through reverse osmosis (RO) technology and enabling policies and energy efficiency measures which combined have the potential of reducing emissions associated with power generation and water production by at least 50% in the next 10 years.

Chairman Engineer Awaidha Al Marar reaffirmed that Abu Dhabi has been committed to leading the transition to renewable and clean energy in line with the UAE strategies to achieve sustainable economic growth over the next 50 years.

"Building on a 15-year track record of climate innovation and on the UAE’s enduring support for the Paris Climate Agreement, our commitment is underpinned by a strategic shift to low-carbon technologies with large-scale investment in solar and nuclear energy to drive down emissions," noted Marar.

"For instance, Abu Dhabi has developed a world-class sustainability investment vehicle through the launch of Masdar City in 2008 as one of the world’s first carbon neutral developments. Since then, we’ve taken the lead regionally in deploying renewable energy," he said.

"With more upcoming renewable deployments like Abu Dhabi’s 2 GW Al Dhafra Solar PV project due by 2023, as well as the baseload nuclear energy expected upon full operation of the Barakah plant, the total clean power generation capacity in the emirate will reach 8.8 GW in 2025, increasing the share of clean energy capacity in the energy mix to 31% by 2025 from 13% in 2021," he added.

The UAE Initiative comprises key existing and planned projects from Abu Dhabi’s energy sector that could drive total emission reductions of more than 29 million tonnes per year by 2030. These include:

• Two additional solar projects with a combined capacity of 2 GW and potential to avoid 2.6 million tonnes of CO2 emissions

"This share is expected to grow to 43% by 2025 as new RO projects are implemented including the Al Taweelah RO desalination facility which is expected to be the largest in the world with a combined production capacity of 200 MIGD and potential to avoid 1.2 million CO2 emissions per year," he said.

"Additional RO projects through 2030 with approximate total capacity of 680 million gallons per day are expected to increase the share of RO in Abu Dhabi’s total water production to 80% and reduce 4 million tonnes of CO2 emissions per year," observed Al Marar.

The UAE Net Zero Strategic Initiative also outlines a package of proposals to make the UAE’s energy, environment, industry, and transportation policies fit for enabling the necessary acceleration of greenhouse gas emission reductions in the next decade.

"We will optimize our strategies, policies and regulations to enable the expansion of our clean energy capacity while maximizing the scope of our energy efficiency measures to ensure an effective energy transition that accelerates national climate mitigation and sustainable development goals," he added.