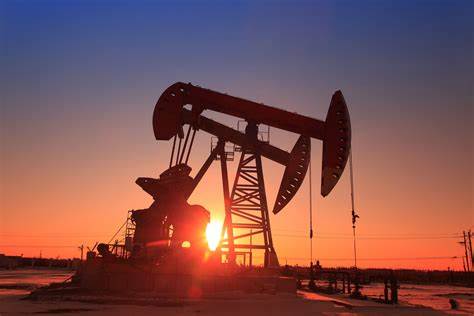 The Supreme Energy Council approved the vision document of Iran’s crude oil production up to the horizon of 2040.

Iran's First Vice President, Ishaq Jahangiri stated at the meeting of the Supreme Energy Council, which was chaired by him, that a large country with a unique geographical location like Iran has always been influential in the turbulent Middle East, adding: "Our country has always had serious competitors in this region, but Iran has always been able to be effective in regional equations according to its capacities and facilities."

Emphasizing that military might is one of the deterrents against the pressures and conspiracies of the enemies of the Iranian nation, he stated: "Iran has always been able to be influential in this region in the past decades and increase its power against rival countries, but at the same time, we have not been able to make good use of Iran's inherent capacity and geographical location.”

Jahangiri said: "Educated and talented young Iranians are one of the most important opportunities in the country. Relying on this young population, the development cycles of the country should be started before the population window closes, because unfortunately in the next 20 years the Iranian population will be close to old age."

Jahangiri cited increased oil production and sales capacity as another factor in the country's power, adding: "Iran had a 10 percent share of world oil production before the victory of the Islamic Revolution, but after the victory of the Islamic Revolution due to managerial differences and conspiracies, and the oppressive sanctions of the enemies against Iran, the figure was reduced to 4%, and some countries in the region have taken advantage of this opportunity and have significantly increased their share of oil production and sales.”

"Unfortunately, the situation has reached a point where with the exit of Iran from the world oil market, the world economy will not be in trouble," he said. "It is our national duty to increase Iran's investment by increasing investment and introducing new technologies and using domestic capacities to recapture the world oil markets.”

Emphasizing that maximum use of oil is the greatest national duty, Jahangiri continued: "With extensive investment, Iran's share in world oil markets can be increased so that with Iran's return to its previous position in the oil market, economic problems and unemployment in the country can be solved."

In this meeting, which was attended by the Ministers of Energy, Petroleum, Industry, Mines and Trade and the head of the Program and Budget Organization, the Supreme Energy Council in accordance with Article (5) of the Consumption Pattern Reform Law in the field of policy-making, regulation and formulation of general strategic policies of the country's energy and national energy strategic document, the vision document of crude oil production up to the horizon of 2040 was approved.