Abu Dhabi National Energy Company (TAQA), one of the largest listed integrated utilities in the region, and Abu Dhabi Ports (ADP), have signed an MoU to study the development of an industrial-scale green hydrogen to ammonia export project in the emirate.

The proposed green ammonia export facility would be based in Khalifa Industrial Zone Abu Dhabi (KIZAD), Taqa said in a press statement.

The statement said the proposed plant would be fuelled by hydrogen produced by an electrolyser facility paired with a 2-gigawatt solar photovoltaic (PV) power plant.

The green hydrogen would be turned into liquid ammonia to supply ships converted to use ammonia as a bunker fuel, and for export from Abu Dhabi Ports via specialised gas carriers.

Ammonia, which is relatively easier to transport than pure hydrogen, has a number of industrial uses and can also be easily turned back into hydrogen.

The project will also feature a storage facility at Khalifa Port, to tap export prospects for green ammonia to Europe and the East Asia.

The solar farm, electrolyser and the ammonia production plant will be situated in KIZAD.

The ammonia plant will have pipeline connectivity to the Khalifa Port storage facility enabling large volumes of ammonia to be directly delivered to the port.

Jasim Husain Thabet, TAQA’s Group Chief Executive Officer and Managing Director, said that if the industrial scale facility goes ahead, it would place Abu Dhabi at the heart of the emerging market for green hydrogen.

In May, KIZAD had announced plans for the construction of a $1 billion green ammonia production facility, through a privately-owned special project vehicle company Helios Industry. 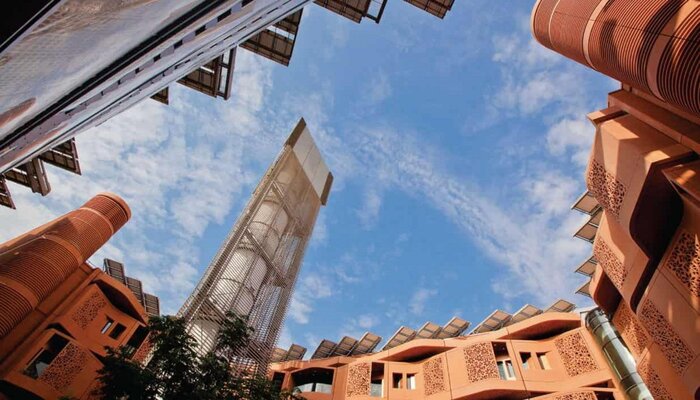