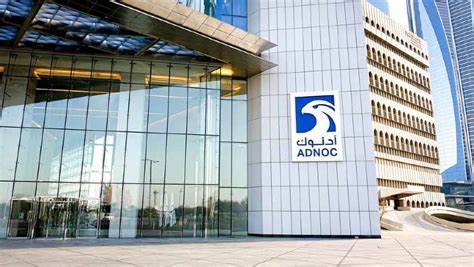 Sultan al-Jaber, who is also UAE's minister of industry and advanced technology, discussed with Dharmendra Pradhan, India's petroleum and natural gas minister, further cooperation between the two countries, ADNOC said in a tweet.

The ministers discussed "new areas of cooperation in the hydrocarbon sector and beyond and agreed to remain committed despite the challenges presented by the COVID-19 pandemic," Pradhan tweeted.

The UAE was India's third-largest supplier of crude in 2020, behind Iraq and Saudi Arabia, with volumes of 21.35 million mt and an 11% market share, according to data from GAC Shipping (India) Pvt. Ltd. In January-February, the country supplied 4.30 million mt of crude to India, accounting for a 14% market share.

ADNOC, the only overseas producer with crude stored in India's Strategic Petroleum Reserves Limited, or ISPRL, is keen to supply more crude to the caverns, Jaber said on Oct. 26, 2020.

Currently, ADNOC has two agreements to supply crude to ISPRL at Padur and Mangalore in Karnataka in southern India.

ADNOC, which counts India as its second-biggest market, also invited Indian companies to invest in the UAE's downstream sector, according to the Oct. 26 statement.

ADNOC has been striking a number of hydrogen deals with Asian countries. ADNOC signed an agreement with Malaysia's Petronas that also included potential collaboration in hydrogen, the company said on March 10.

The Abu Dhabi-based company is exploring opportunities to work with South Korea's GS Energy on blue hydrogen and carrier fuel export such as blue ammonia, it said on March 4.

Japan's Ministry of Economy, Trade and Industry struck the first fuel ammonia cooperation deal with ADNOC in January as Tokyo intends to develop its supply chain of blue ammonia, possibly in the Middle East by the late 2020s.

ADNOC currently produces around 300,000 mt/year of hydrogen for its downstream operations and plans to expand it to more than 500,000 mt/year.