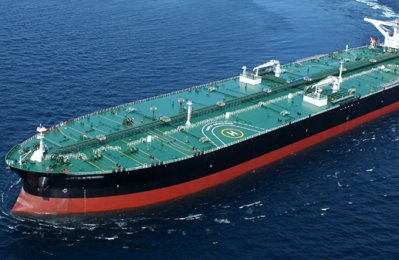 Al Seer Marine, a leading marine company in the Middle East region that is engaged across multiple marine sectors and a subsidiary of International Holding Company (IHC), has formed a joint venture with BGN International, one of the world’s leading energy, trading, storage, and transportation companies, to acquire a portfolio of very large gas carriers (VLGCs) for transport of liquefied petroleum gas (LPG).

In addition, the AED624 million ($169.89 million) joint venture has agreed to award Hyundai Heavy Industries (HHI) in South Korea with an order to build two new VLGCs, both sized at 86,000 cu m capacity. The new-build VLGCs are due for delivery in the first and second quarters of 2023, respectively. The propulsion machinery of each ship will be LPG fuelled, making them environmentally friendly with less emissions, said a statement.

Reahd Al-Kindi, Al Seer Marine’s Chairman, said: “Continued global demand for cleaner fuel-burning sources such as LPG in emerging markets will require greater infrastructure including VLGCs. We have identified this as an area of tremendous long-term growth and with the backing of IHC, agreed a partnership with BGN, one of the leading LPG and energy suppliers in the world. The partnership will bring together operational, regional, and financial expertise to manage the initial portfolio of VLGCs we have just acquired as well as the growth potential in the marketplace.”

Ruya Bayegan, CEO of BGN International, said: “With continued growth for LPG demand, expanding BGN’s global infrastructure will be critical. This joint venture with IHC and Al Seer Marine represents another strategic partnership for BGN and an opportunity for scalable growth in the foreseeable future.”

Al Seer has identified an area of growth when it comes to exporting LPG and LNG (liquefied natural gas) by means of VLGCs. These vessels are generally 250 to 300 m long and have four to six storage tanks on board, capable of loading anywhere between 100,000 to 200,000 cu m of gas.

“We have ordered two vessels from Hyundai Heavy Industries, the largest ship builder in the world, and depending on how we see demand, may well purchase further vessels or order more,” Al-Kindi added.

There is a limited supply of vessels, with only 312 VLGCs in the world as of the start of the year, and 18 of those operating as storage units.